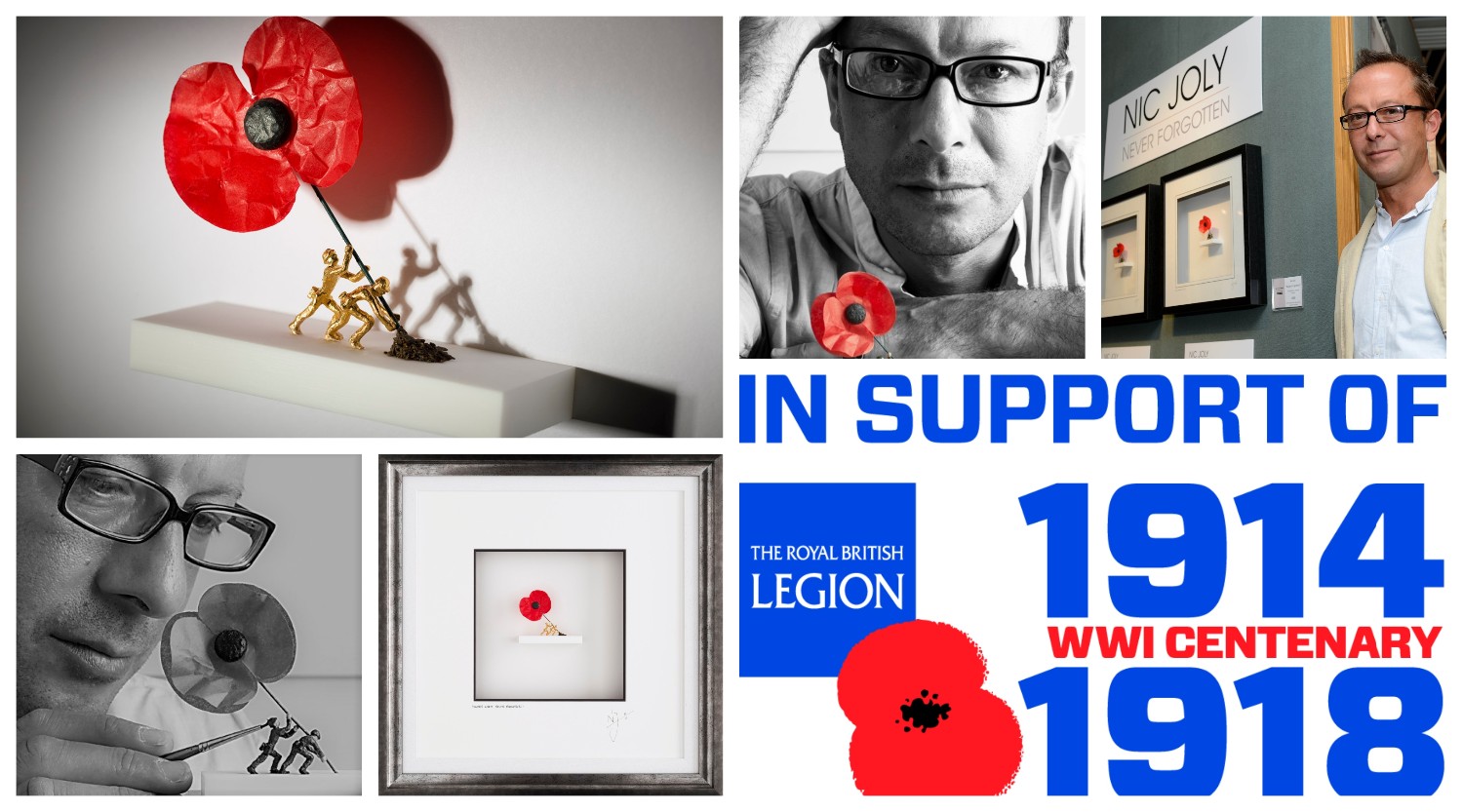 Since 2014, British sculptor Nic Joly has raised over £80,000 for The Royal British Legion through sales of 'Never Forgotten'.
Drawing on the ultimate symbol of Remembrance and hope - the poppy - the signed, limited edition miniature sculpture was released in August 2014 ahead of the 100th anniversary of the outbreak of the First World War.
This year, to mark the end of the centenary, Nic has created a special boutique edition of his sculpture.
He says: Every story I hear from family members, or friends, about people who have died or fought for us is precious. Every single life is a golden one that is cherished and talked of with pride. This is why I have created an edition of only 11 pieces, titled ‘Golden Lives Never Forgotten’.
The first ten pieces sold out in a record three hours, and the only remaining artwork is now being auctioned to help Nic reach his goal of raising £150,000 for The Royal British Legion to help support war veterans past and present.
Close.
Contact administrator 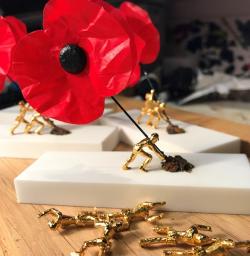 Nic Joly | Golden Lives Auction
Bidding starts on 11-11-2018 11:00
CURRENT PRICE:
(Reserve not met !)
BIDS:
£ 3,200
25
Highest bidder: Anonymous
YOUR BID:
£
CLOSED
Minimum bid is £3,300 (Bid increments are £100). Enter a higher amount and we’ll bid up for you via proxy bidding
You are the highest bidder ! , but the reserve price has not been met.
You have been outbid! Bid again!
The eleventh and final piece from Nic Joly's 'Golden Lives Never Forgotten' is now being auctioned as part of his ongoing fundraising for The Royal British Legion. The online auction opens at 11am on Sunday 11th November 2018 and will close at 11pm on Sunday 18th November.
Kindly donated by
Nic Joly
Confirm your bid
By confirming your bid, you commit to buy this item if you are the winning bidder at the end of the auction and you agree to the terms of this auction.