All-inclusive private dinner for you and three guests with half a bottle of wine per person hosted by Ben Cohen, MBE of England Rugby and Strictly Come Dancing at Pizarro, 194 Bermondsey, London SE1 on Tuesday 3 March 2015 in support of Diversity Role Models

For all those rugby aficionados, or if you just want some pointers on your dance steps, Ben is the perfect dinner guest.

Ben Cohen – Ben Cohen, MBE (born 14 September 1978) is a former England rugby union player and activist. He began his professional career with Northampton Saints in 1996; in 2007 he moved to France to represent Brive before returning to England two years later to join Sale Sharks. Cohen was also a member of the England national team that won the 2003 Rugby World Cup. In May 2011, Cohen retired from professional rugby. He is now focusing his efforts on The Ben Cohen StandUp Foundation (www.standupfoundation.com) that he created to raise awareness of the long-term, damaging effects of bullying and to raise funds to support those doing real-world work to stop it. Demonstrating his diverse athletic abilities, Ben has also performed recently on Strictly Come Dancing.

A charity which practically helps schools give young people the confidence to be who they are and all others to do the same. Their vision is a world where all children and young people can live, learn, grow and play safely, regardless of issues relating to gender and sexuality. Through a simple range of workshops, children can ask questions about being different in particular around the subject of LGBT. The StandUp Foundation supports DRM’s work in UK schools.

Pizarro – At the foot of the Shard, this restaurant is famous for its Spanish hospitality and delicious tapas, set in the middle of the foodie haven of Bermondsey. 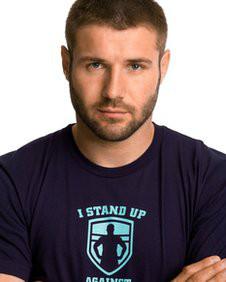 £ 290
5
NOT STARTED
Private Dinner with Ben Cohen, MBE at Pizarro

Private Dinner with Ben Cohen, MBE at Pizarro
Bidding starts on 20-02-2015 09:00
CURRENT PRICE:
(Reserve not met !)
BIDS:
£ 290
5
Highest bidder: Anonymous
YOUR BID:
£
CLOSED
Minimum bid is £300 (Bid increments are £10). Enter a higher amount and we’ll bid up for you via proxy bidding
You are the highest bidder ! , but the reserve price has not been met.
You have been outbid! Bid again!
All-inclusive private dinner for you and three guests with half a bottle of wine per person hosted by Ben Cohen, MBE of England Rugby and Strictly Come Dancing at Pizarro, 194 Bermondsey, London SE1 on Tuesday 3 March 2015 in support of Diversity Role Models
Kindly donated by

Confirm your bid
By confirming your bid, you commit to buy this item if you are the winning bidder at the end of the auction and you agree to the terms of this auction.